Getting your ceremony photos right — What you need to know?

Every couple is different and some have different religious backgrounds to eachother or are not even not religious at all, some love to get married at the beach, in a forest, parents back garden, a pub, a mosque, a synagogue or in a church (to name a few), and some love to keep it simple and marry in a registry office. Either way, I’m here to tell you that just about every single person who is marrying you will have rules for a photographer.

Now don’t get me wrong, you will probably not even be aware of a lot of what is going on on the day and won’t need to worry too much, however, you may be standing there thinking where is my photographer? Why isn’t she at the front? Why is she standing there watching and not taking photos? It’s usually because I’ve been told to. To avoid issues like this we all work together so that everyone knows the deal.

When I meet whomever is marrying you the first thing I do is ask for rules. I also ask this in our consultations so that you can speak with them too. It is unfortunate that religious ceremonies are a little more strict with photos but we (guests/vendors/photographers) all have a duty of care to respect the Place of Worship.

Let’s go through of the major things to be aware of during your ceremony.

“Be Discreet and don’t move”.

Yep, that is a very common rule for photographers. So how do I work with this?

“No photographing the signing of the wedding certificate.”

“No photos during the ceremony”

If you’re against phones too then a few tips to help avoid it:

Those are a few of the major things to expect from a ceremony.

Which brings me to my last rule, the most important, and the one I respect above all others…Your Rules!

I always ask you what YOU want. If you tell me you want me at the back, you don’t want photos during songs, readings or vows, you want flash, you don’t want flash, whatever it is, I am hear to provide you a service and so I’ll get on-board with your rules, first and foremost.

If you decide you aren’t happy with the registrars rules or the person marrying you then this is good that you’re reading this, now you can have a chat and explain what it is what you’d like and maybe find some balance.

Most of these rules are in place to protect the couple getting married, and I imagine coupled with some bad history of photographers being intrusive and disrespectful, and so it is understandable and we can always attempt to find a happy medium.

And that concludes today’s wedding tip. Thank you for reading, and please do comment any ideas you have that you’d like to know more about and I’ll get right on it! 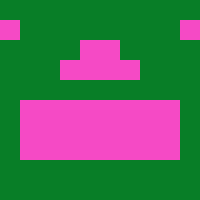